The initial Loop Road project is complete. The city has assured FANS that the results are a “work in progress” and that they will be studying usage patterns and adjust signage and markings as necessary.

A speed sensing sign was installed in November of 2017 near the recreation center. At our January FANS meeting we learned another sign, capable of storing speeds, will be installed on the other side of the park. 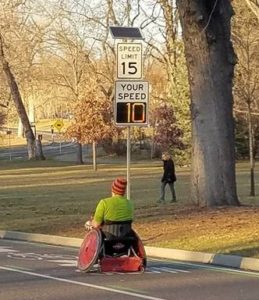 Some history of the project:

The city has been undergoing an extensive multi-year long study on improving the safety of the loop road within Washington Park. The project is currently planned to begin late spring or early summer 2017.

The entire final recommendations of the effort may be found below in Washington Park Loop Road Safety Planning FINAL RECOMMENDATIONS . The key recommendations includes new striping and signage (see sample image below) and removal of the parking spaces currently found along to loop road.

The January 11, 2017 General Meeting of FANS featured an update on the loop road project from the key players involved. In attendance were:

Notes of this meeting were provide by Tim McHugh of Fans: :


Notes of this meeting were also provided by Adrienne Burton Park Planner. 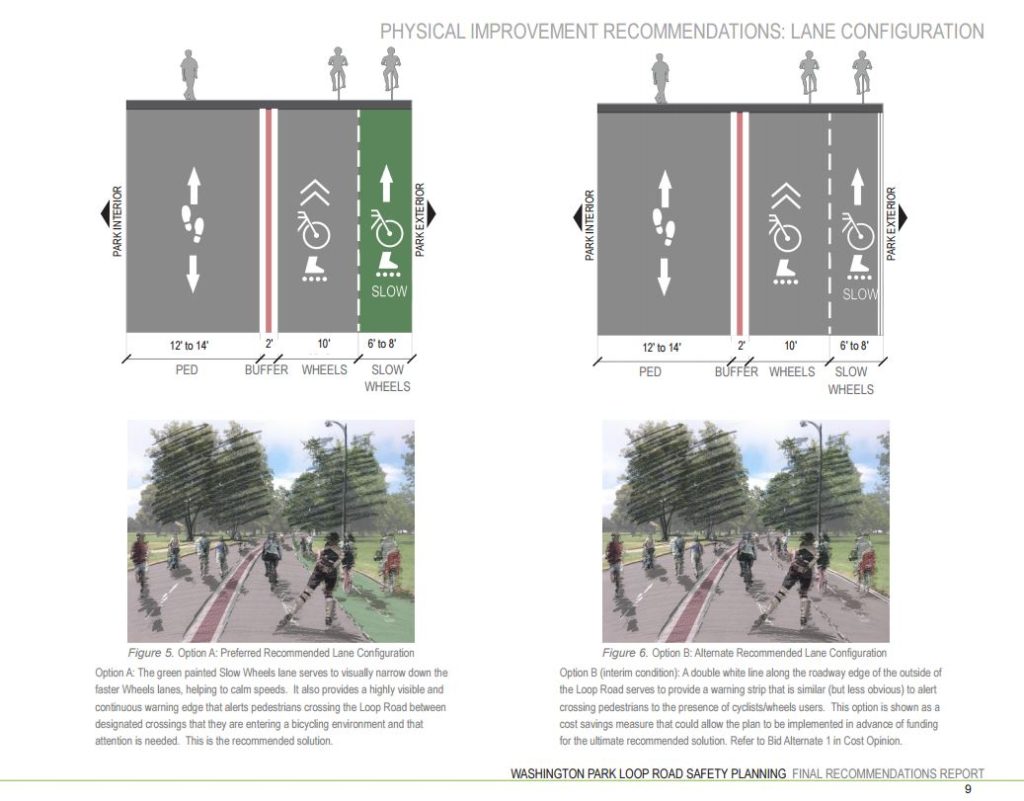 Join us for March 11th meeting – History of our park

The guest speaker at the March 11 Friends and Neighbors (FANS) of Washington Park will be Phil Goodstein, a Denver native, who earned his Master’s in History from the University of Denver and a Ph.D. in history from the University of Colorado. He has taught extensively in adult education classes while leading numerous tours of the area, including the park. He has authored many books, including a six-volume look at Denver from the Pikes Peak gold rush to the 21st century, Denver from the Bottom Up, and his volume about modern Denver, DIA and Other Scams. His presentation at a Washington Park East Neighborhood Association monthly meeting last year was highly entertaining and informative. Join us for what promises to be a fascinating presentation.

As usual, the meeting will be held at the Volunteers for Outdoor Colorado Building, aka the Dos Chappel Bathhouse, in the northwest corner of the park, from 6 – 7 PM and is open to the public.